Amityville House is a haunted house on Ocean Avenue in Amityville, New York 11702.

112 Ocean Avenue was the original name address for the Amityville haunted house, but the address changed to House 108, which was motivated to protect the current owner's privacy. It is famously known as the "Amityville Haunted Horror House". The Amityville house is one of the most famous and well documented hauntings in US history. It has been determined to be haunted by at least six people.

The house is the location of the DeFeo family murders. Their son, Ronald, was the one who killed his family and tried to place the blame on others. After a new family moved into the house (the Lutz family) and only stayed there for a short period of time because they claimed to have experienced extreme hauntings. They fled the house and wrote a book about it which later turned into many movies.

112 Ocean Avenue is a large Dutch colonial house built in 1925 and was not the site of paranormal activity until the event on November 13th, 1974. The house at the time was occupied by the DeFeo family on that night the eldest son Ronald DeFeo Jr. brutally killed his parents Ronald DeFeo Sr.,43 and Louise DeFeo, 42 and four siblings John-Mathew DeFeo 9, Marc DeFeo 12, Allison DeFeo 13, and Dawn DeFeo 18. Ronald (Who was 23 at the time and remains in an institute to this day) said that he 'couldn't stop' killing his family. He first denied killing them, blaming it on a gangster, but later admitted he had. He even had the time to shower and get rid of his blood stained clothes before going to work. He was the one who called the police after he arrived at a bar shouting about how his family had been killed! Some say he believed that he had been possessed by a demon. While the case may seem simple, the killings of a mad man, there are some unusual factors.

For instance, all the family were found face down on the their beds with gun shot wounds to the back. It is hard to believe that no one woke on hearing the gunshots, they were not drugged. The way that the bodies lay, Police said, gave the impression they were being held down, not from above but from below. Which is impossible, right? Not only this, but neighbors didn't hear anything either. This could be explained by the fact it was a stormy night, but police said that the gunshots would have been heard over the storm. Which they weren't.

No one can be sure exactly how Ronald DeFeo Jr. killed his family as he changes the story so often that those monitoring him have said to take whatever he says now with a pinch of salt. The facts still remained that he killed his family and there were some unusual factors involved (to see the interviews with the real police men, psychic and coroner that were called in on the case, watch the special features of the 2005 Amityville Horror DVD). The house remained vacant for 12 months after the murders before it was bought by Lutz family.

The eldest of the five children. The son who did the killings.

Allison DeFeo is one of the five children of Ronald Sr. and Louise DeFeo who was murdered by her eldest sibling. Allison now haunts the family's residence at 112 Ocean Avenue in Amityville, New York. Ronald Jr. killed her with one bullet. Allison was 13 years old when she died.

Dawn DeFeo is one of the five children of Ronald Sr. and Louise DeFeo who was murdered by her eldest sibling. Ronald Jr killed her with one bullet. Dawn was 18 when she died.

There are some theories that Dawn was involved in the killings. Ronald DeFeo has changed his story multiple times, and in one of them he claimed he and Dawn killed his family, his sister killing the siblings to wipe out any eye witnesses. He was so enraged that she was killing the kids that he knocked her out and killed her. There is, however, no proof of this.

Louise DeFeo (1931-1974) was the wife of Ronald DeFeo Sr. and the mother of five children: Ronnie Jr, Dawn, Allison, Marc, and John-Mathew. Louise and Ronald Sr, along with the other four of their children, were murdered by their eldest son. It is rumored that the entire family haunts their residence at 112 Ocean Avenue in Amityville, New York. Louise was shot twice and was 42 when she died.

After the Lutz's moved into the house strange paranormal activities began. When the Lutzs first moved in a priest visited the house to perform a blessing for the victims of the house.

At first the things were only minor such as objects moving and strange stenches but then the entity(s) haunting the house became violent. The Lutz's reported that apparitions began appearing and members of the family suddenly experience sudden violent random mood changes. And the worst was still to come.

Temperatures in the house changed violently from bone chilling cold to unbearably hot, swarms of flies invaded the sewing and children's rooms. And constant loss of the phone service. Eventually the spirits began to physically harm the family, mysterious scratches appeared on family members bodies. And communications were being made to the youngest member of the family by an evil entity.

The Lutzs again attempted to bless the house. When they tried a chorus of voices rang out in the house saying: "Will you stop!?". And then a chain of terrible things occurred. On January 14, 1976 the Lutzs left the house indefinitely.

After the Lutzs left the houses paranormal activity was minor. Only occasional feelings of over whelming dread or some objects moving around according to some visitors. Eventually the haunting stopped and there has been no paranormal activity since.

The author of the book detailing the haunting of Amityville has actually admitted that it was a work of fiction created by him, the Lutzs and a priest. The priest and the Lutz family denied this, but since then the Priest has also admitted it to be a fake. Only the Lutz family still claim it to be true. 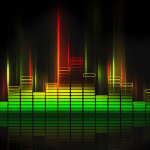